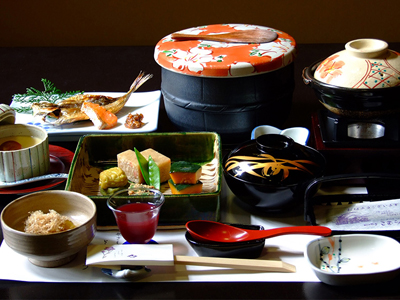 If you are hoping to experience the Japanese equivalent of haute cuisine, then you need to try kaiseki ryori. Also known simply as ‘kaiseki’, kaiseki ryori are traditional, multi-course Japanese dinners. A full kaiseki can involve a dozen or more different dishes made with fresh, seasonal, and/or local produce, each prepared in very small servings and in such a way as to enhance the produce’s natural flavour. The courses in kaiseki all demonstrate a different cooking technique, and the complete experience is seen in Japan as an artform as much as a sit-down dinner. Kaiseki can normally be enjoyed in specialised restaurants or at ryokan (Japanese-style inns). 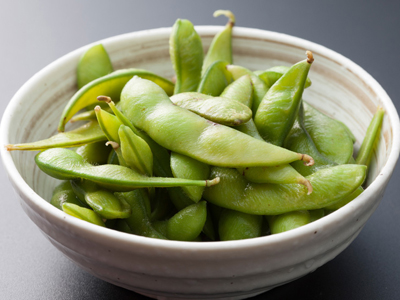 While frequent pub-goers in the UK like to snack on peanuts and pork scratchings with their lagers, the regulars in Japan’s izakaya pubs enjoy freshly prepared edamame. These bright green, immature soy beans, harvested before the beans have hardened, are normally served in the pod after being blanched and lightly salted. As well as boasting a naturally delicious and mellow umami flavour that works beautifully with light salt seasonings, edamame beans also carry a number of health benefits (being naturally high in protein, iron, and calcium). Edamame are often served in pubs and restaurants as a complimentary appetiser. 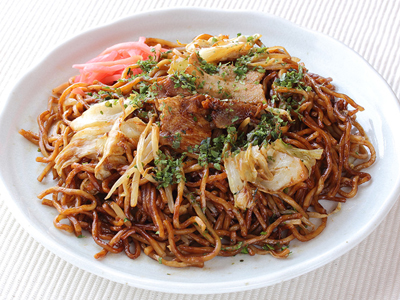 It is virtually impossible to attend a summer festival in Japan and not come across a yakisoba stand. Yakisoba is a fried noodle dish made by barbecuing or stir-frying a combination of noodles, sliced cabbage, pork, carrot and other vegetables, and a barbecue style yakisoba sauce. During the summer festivals large piles of these ingredients are thrown onto an outdoor hotplate and barbecued, but yakisoba can also easily be made at home using a large frying pan or wok. ‘Yakisoba’ means ‘cooked soba’, but unlike other soba noodles, the noodles used in yakisoba do not contain any buckwheat. 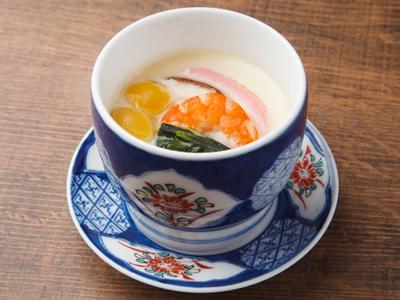 As far as mellow, comforting, and uniquely Japanese dishes are concerned, chawanmushi is one of the best. This steamed, savoury egg custard is made by pouring seasoned, beaten eggs into individual cups already filled with different meats and vegetables (including chicken, mushrooms, gingko nuts, kamaboko fish cakes, and carrots), and then steaming the cups in a pot or steamer until they have solidified and become similar to pudding in texture. Chawanmushi gets its name by combining the words ‘chawan’ (meaning ‘teacup’)and ‘mushi’ (meaning ‘steamed’), so chawanmushi is, literally, ‘steamed in a cup’. 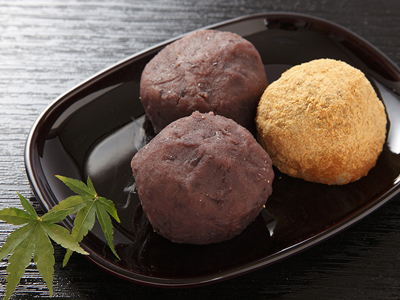 The most authentic way to finish off a Japanese meal or matcha tea ceremony is with wagashi. Wagashi are traditional Japanese sweets, invented during the Edo period and influenced by prevalent Japanese ingredients and flavours. Most wagashi are made using only a handful of select ingredients, including mochi rice cakes, anko paste, kanten (agar; a vegetarian thickener similar to gelatine), chestnuts, and sugar. The most popular wagashi include dango (sweet mochi balls on skewered sticks, often served with sugar syrup), daifuku (mochi rice stuffed with anko), dorayaki (anko sandwiched between two thick pancakes), and yokan (blocks of anko hardened with kanten and sugar).