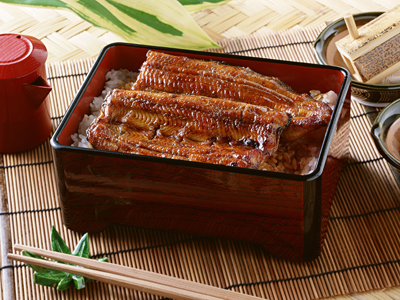 ‘Unagi’ is the Japanese word for ‘freshwater eel’, and unagi no kabayaki is one popular unagi dish that dates back to the Edo period (1603-1868), when Japanese people customarily ate kabayaki unagi during the summer in order to gain stamina. Unagi no kabayaki is made by brushing prepared eel fillets with a sweetened soy sauce-based kabayaki sauce and broiling them on a grill. The name ‘kabayaki’ refers to this method of cooking, and it can also be done with some other types of fish, including catfish. However, if you are in Japan during the summer, use the opportunity to try the genuine article.

Shabushabu is a nabemono hot pot dish similar to sukiyaki, made by boiling vegetables, tofu and other ingredients in a mellow broth seasoned with kombu kelp, and then dipping very thin slices of meat into the broth and swishing the meat around until it cooks (normally around 10-20 seconds). This meat is then dipped in a ponzu citrus seasoned soy sauce or sesame sauce before being eaten with some of the other boiled ingredients. The name ‘shabu shabu’ is an onomatopoeia word for the noise the meat slices make as they are swished around. 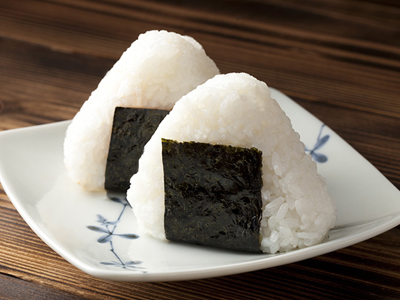 Like the sandwich could be considered the original portable food of British cuisine, the onigiri rice ball is the original portable food of Japan. Also known as ‘omusubi’, ‘nigirimeshi’, or just ‘rice balls’, onigiri are portions of Japanese rice, normally with a filling in the centre, that have been moulded into triangular or cylindrical shapes before being wrapped in nori seaweed. Onigiri have been enjoyed in Japan for hundreds of years, and most Japanese convenience stores nowadays sell a great range of onigiri for 100-150 yen (£0.75-£1.12) a piece. Popular onigiri fillings include umeboshi pickled plums, seasoned seaweed, tuna mayonnaise, and teriyaki chicken. 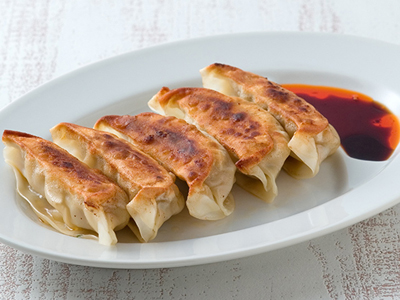 Gyoza are savoury moon-shaped dumplings, made from a minced mixture of savoury fillings (pork mince, cabbage, green onion and mushroom is a common combination, but other fillings can be used as well) which are wrapped up in a circular gyoza wrapper and crimped or pleated around the edges to make an iconic half-moon shape. Gyoza dumplings are normally cooked by frying on one side (a process that gives the gyoza a crisp, savoury bottom), and then steaming for 2-3 minutes so that the rest of the rest of the wrapper is smooth and silky, and the filling inside is moist and juicy. 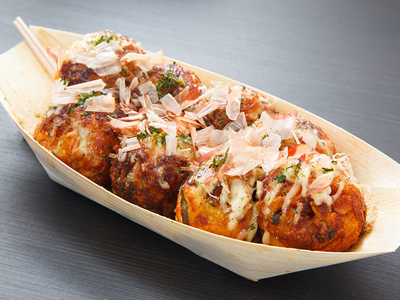 As far as Japanese street vendor foods are concerned, few are more notorious than takoyaki. Also known as ‘octopus balls’ or ‘octopus dumplings’, this delicacy is cooked using a special hot plate with rows of half-spherical moulds. Each of the moulds is filled with a savoury batter mixture before a bite-size piece of tako octopus meat is inserted into the middle. The takoyaki are turned with a pick or skewer every minute or so to ensure an evenly-cooked outside and a perfect ball-shaped dumpling in the end. Takoyaki are typically served in lots of six, eight or ten, brushed with a sweet/savoury takoyaki sauce and topped with mayonnaise, aonori seaweed and katsuobushi bonito fish flakes.