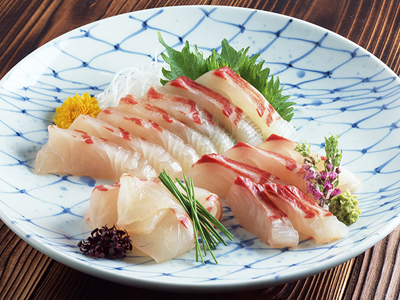 Possibly one of the most controversial dishes in all of Japanese cuisine, sashimi is raw fish or meat that has been expertly cut into thin slices and typically comes served with daikon radish, pickled ginger, wasabi and soy sauce. Sashimi differs from sushi in that all sushi is made with vinegared rice and does not always contain raw fish, while sashimi is almost exclusively raw fish and is never served with rice. The fish used to make sashimi must be as fresh as possible, both in order to minimise the risk of contamination, and because fresher fish makes for tastier sashimi. 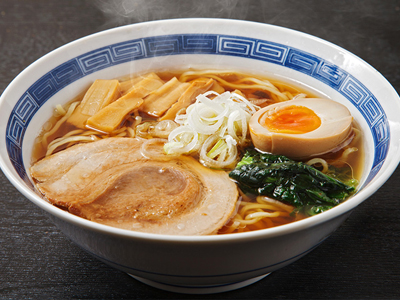 Ramen is a noodle soup dish consisting of wheat noodles (also known as ‘ramen noodles’), a savoury broth (soy sauce, salt, miso, and tonkotsu pork bone are the four main ramen broth bases) and toppings of meat, protein, and/or vegetables such as sliced pork, nori seaweed, spring onions, bamboo shoots, and others. Ramen is one of present-day Japan’s absolute favourite delicacies, costing very little and being widely available in restaurants and ramen bars (which are on almost every street corner). Indeed, Japanese ramen is so popular that there is a ramen-themed museum/amusement park in Tokyo. 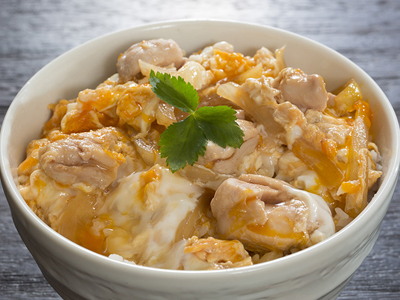 This rice bowl dish is almost as popular as ramen in Japan and a common lunchtime choice among busy Japanese workers. Donburi is made by preparing (normally by simmering or frying) various meat, fish and vegetables and serving over steamed rice in large bowls (also called ‘donburi’). While donburi can be made using just about any assortment of ingredients, the most common types include oyakodon (simmered chicken, egg, and green onion), gyudon (sliced beef and onion simmered in a soy sauce soup base), tendon (fried tempura pieces drizzled in tsuyu), and katsudon (breaded and deep-fried pork cutlets, or tonkatsu, simmered in tsuyu with onion and egg). 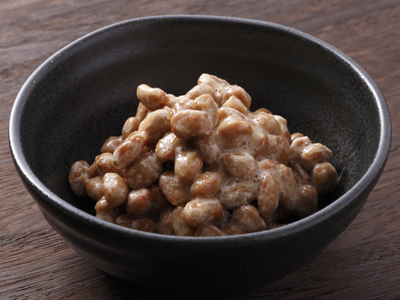 In the same way that Marmite divides the British nation, so too does natto divide the Japanese. This traditional Japanese food is made by fermenting soy beans in a special type of bacteria that is naturally produced in the human gastrointestinal tract. Natto has a strong smell similar to mouldy cheese, as well as a sticky/slimy texture that many find off-putting. However, many other people love these fermented soy beans for their full-bodied salty and savoury (or umami) flavour and their ample nutritional value. Is natto delicious or disgusting? It is up to you to decide. 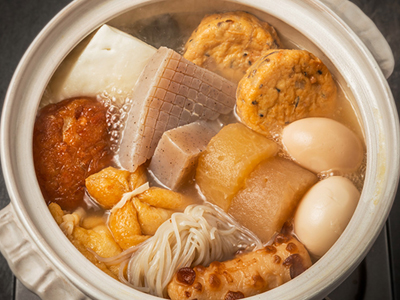 No cold Japanese winter would be complete without oden. This winter hot pot dish, or nabemono, is made by taking an assortment of vegetables and proteins (including processed fish cakes, mochi rice cakes, boiled eggs, daikon radish, konjac yam and tofu), and stewing them in a light broth seasoned with soy sauce and dashi (a soup stock made from infusions of bonito fish flakes, kombu kelp seaweed, and/or other savoury ingredients) in a large hot pot at the centre of a table. Diners can then scoop out their favourite pieces and enjoy with karashi mustard and other condiments. As well as being a hearty main meal, the simmering hot pot also serves as a communal heater on cold evenings.