One of the oldest and probably the most essential dishes in Korean cuisine, kimchi is a spicy and sour dish made up of fermented vegetables. It is prepared with various kinds of ingredients, but the most common main ingredient is cabbage. Kimchi is popular among foreigners for its unique flavor, as well as its high nutritional value, fiber content and low calorie content. However, for Koreans, it is most popular due to its significant cultural value. Without kimchi, dinner is considered incomplete. 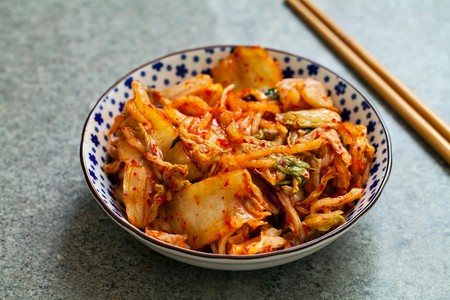 Served in a large stone bowl, sundubu-jjigae is a common spicy Korean stew generally made of dubu (tofu), vegetables, mushrooms, seafood, beef or pork, and gochujang (chili paste). Depending on the chef and region, some ingredients are removed, substituted or added to the mix. Though different variations exist, traditionally, a raw egg is placed on top of the stew and mixed with the soup before serving to add additional flavor to the dish.

Bibimbap is essentially a bowl of mixed ingredients including, but not limited to, rice, namul (seasoned and sautéed vegetables), mushrooms, beef, soy sauce, gochujang (chili pepper paste), and a fried egg. The ingredients found in bibimbap vary by region, and the most famous versions of the dish are found in Jeonju, Tongyeong, and Jinju. 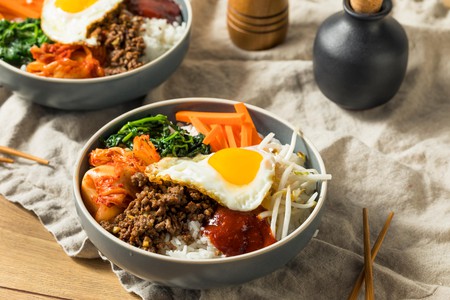 A traditional hot Korean soup made from ox bones, ox meat and briskets, seolleongtang is a local dish of Seoul, often seasoned with salt, ground black pepper, chopped green onions, or minced garlic according to the consumer’s taste. The broth is of a milky white, cloudy color and is often eaten with rice. Seolleongtang is known for its soft yet chewy texture and flavorful broth, and can be found in most Korean restaurants in Seoul.

A version of pajeon, which is a pancake-like Korean dish made predominantly with green onions, egg batter, wheat flour, and rice flour, haemul pajeon incorporates seafood to the common pancake. Common seafood ingredients used include, but are not limited to, oysters, shrimp, squid, and clams. Haemul pajeon is generally eaten as a main dish and is known for its soft and chewy texture as well as its mixture of seafood flavors.